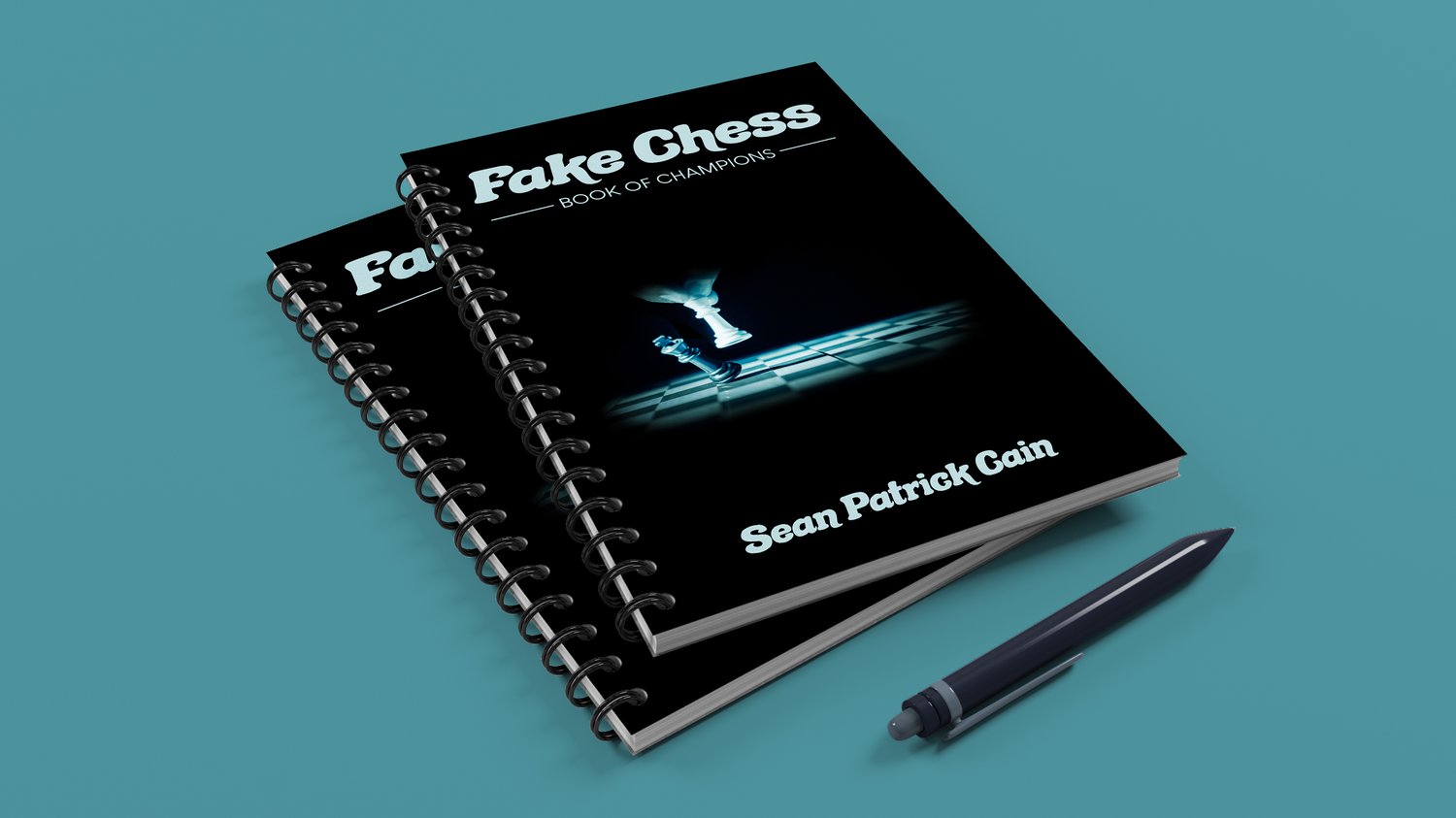 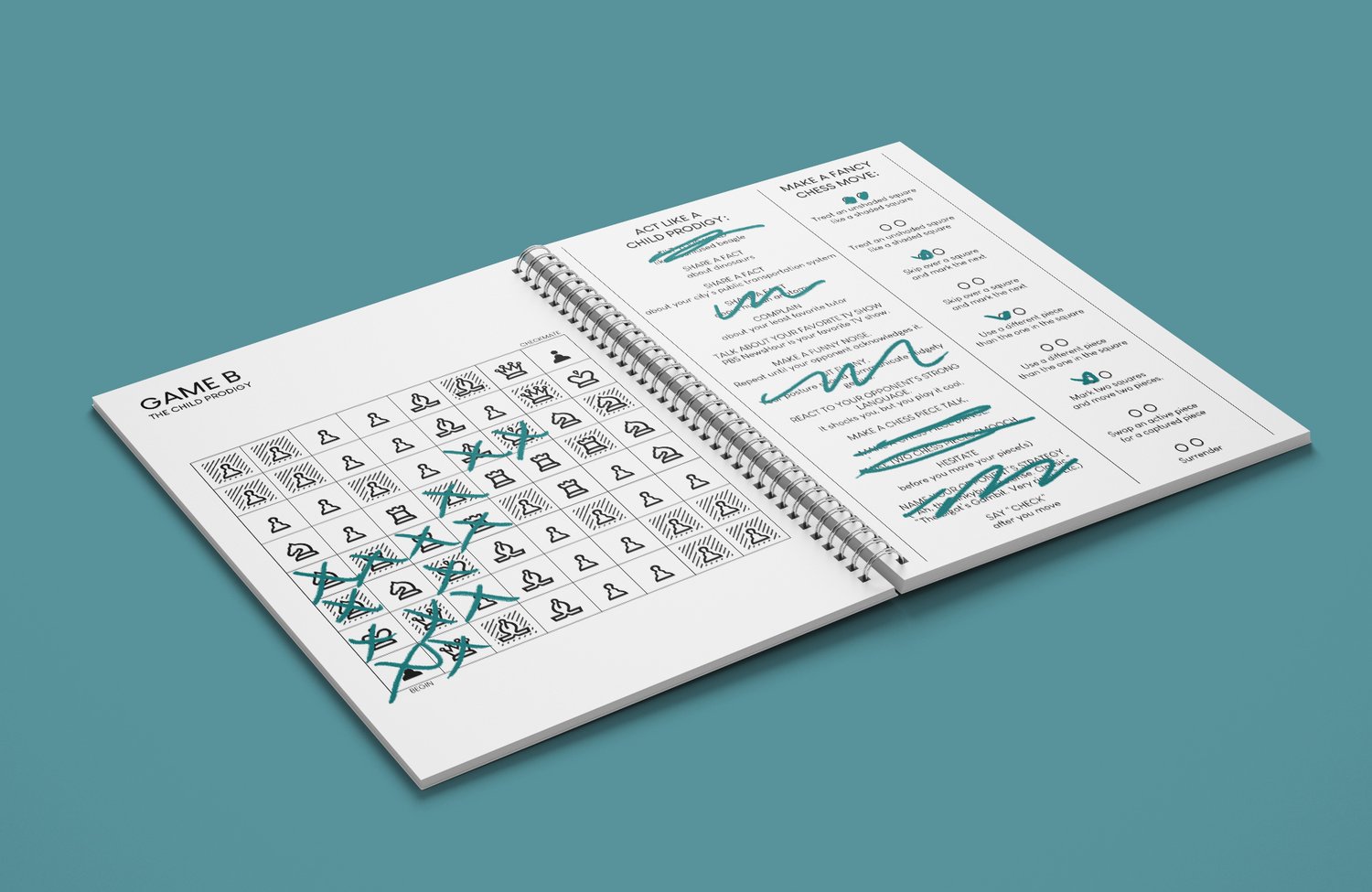 "It's rare that a game makes me laugh out loud. This really is a brilliant game, there's no other word for it."

Chess is a game of vast complexity and a 1500-year history.

Fake Chess is not.

Fake Chess players use a very basic set of rules and mechanics to live out their grandmaster fantasies by acting like serious chess players, engaging in what looks like an intense battle without the burdens of chess strategy, knowledge, or skill.

With the BOOK OF CHAMPIONS at the table, players can now embody specific characters with unique moves, strategies, and play styles.

It's dramatic. It is silly.

It might be a real game, but it's definitely fake chess.

While the Book of Champions contains 33 new game boards that are fully compatible with the original Fake Chess, players do not need to own the original to play.