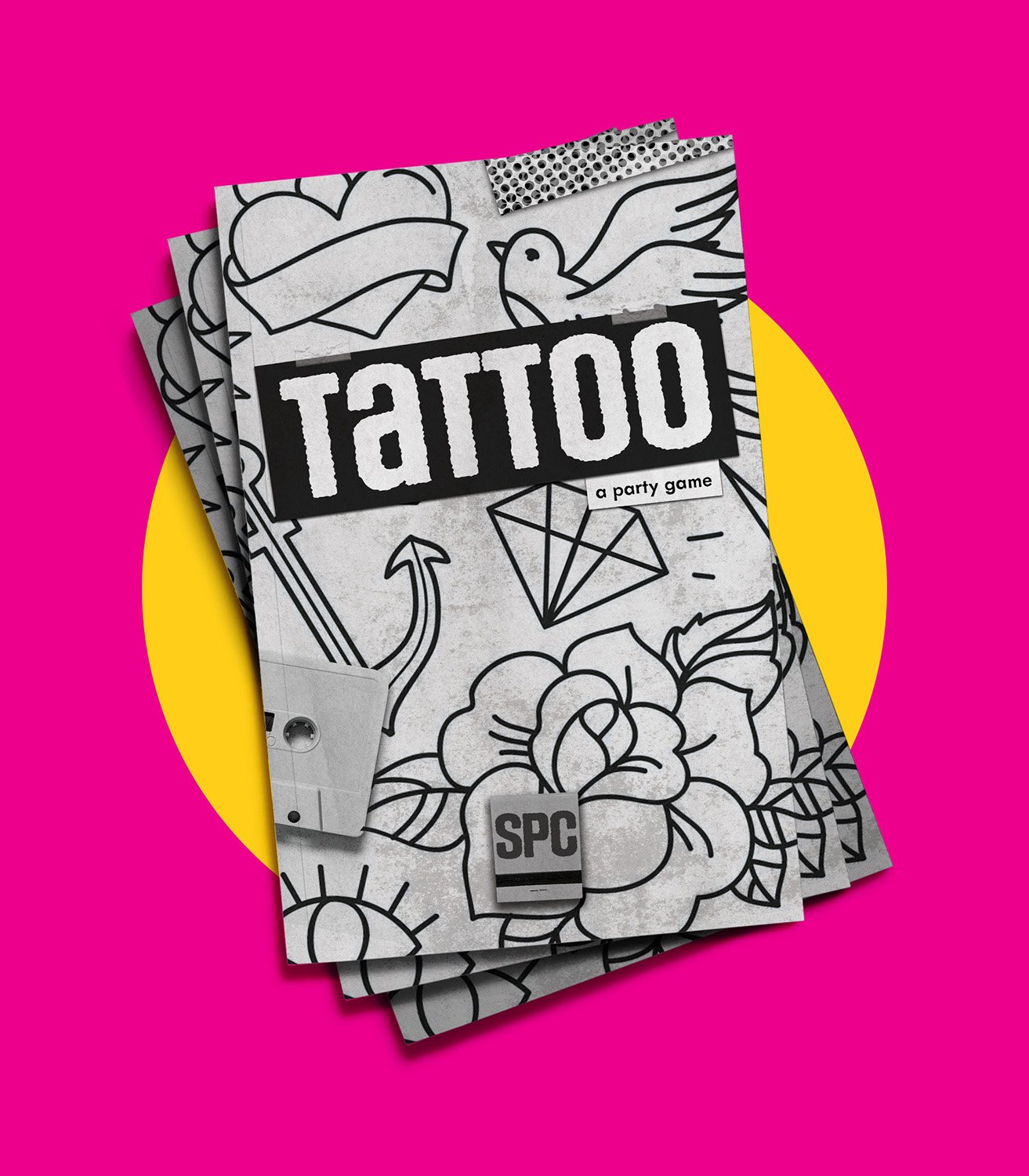 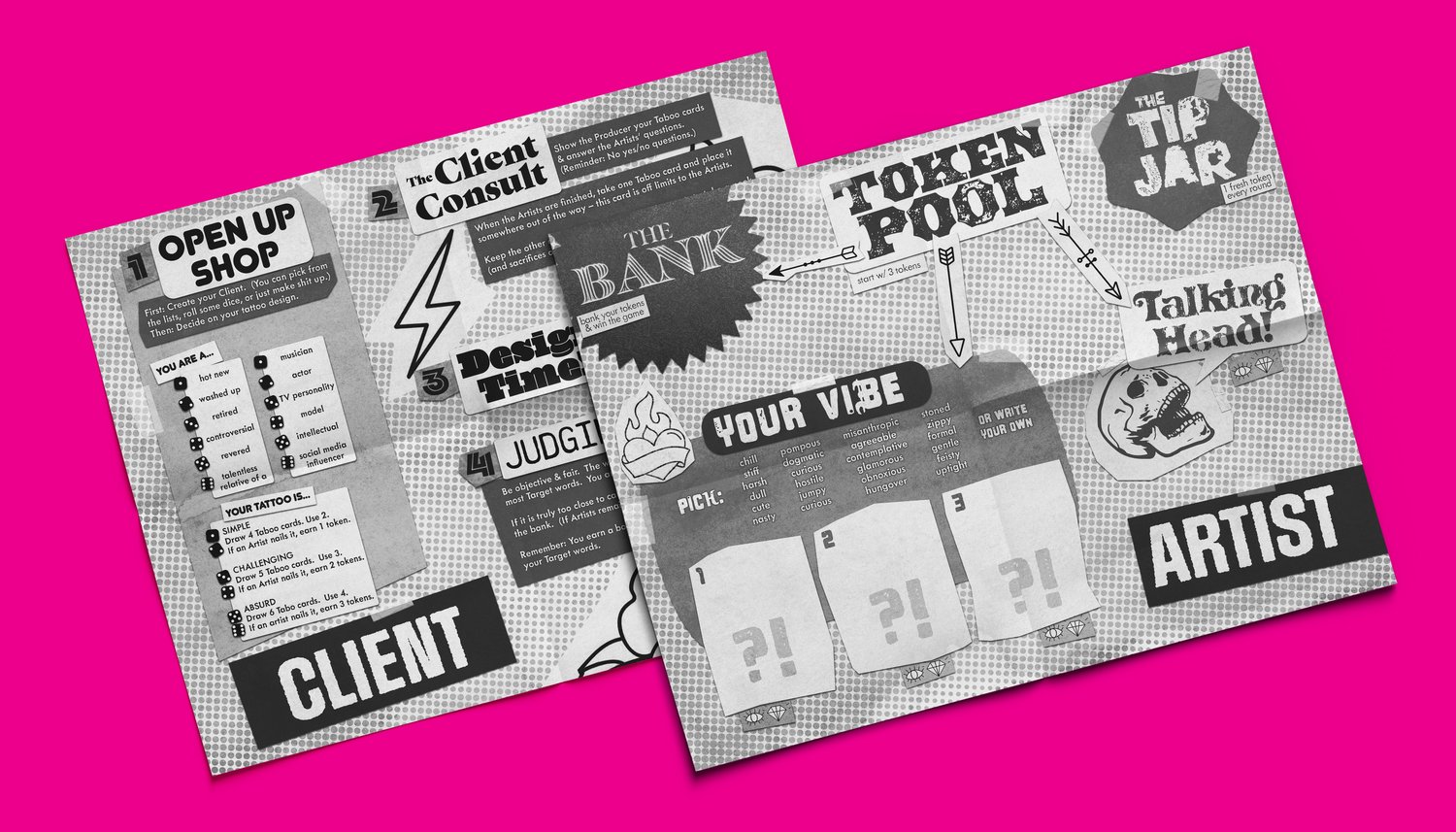 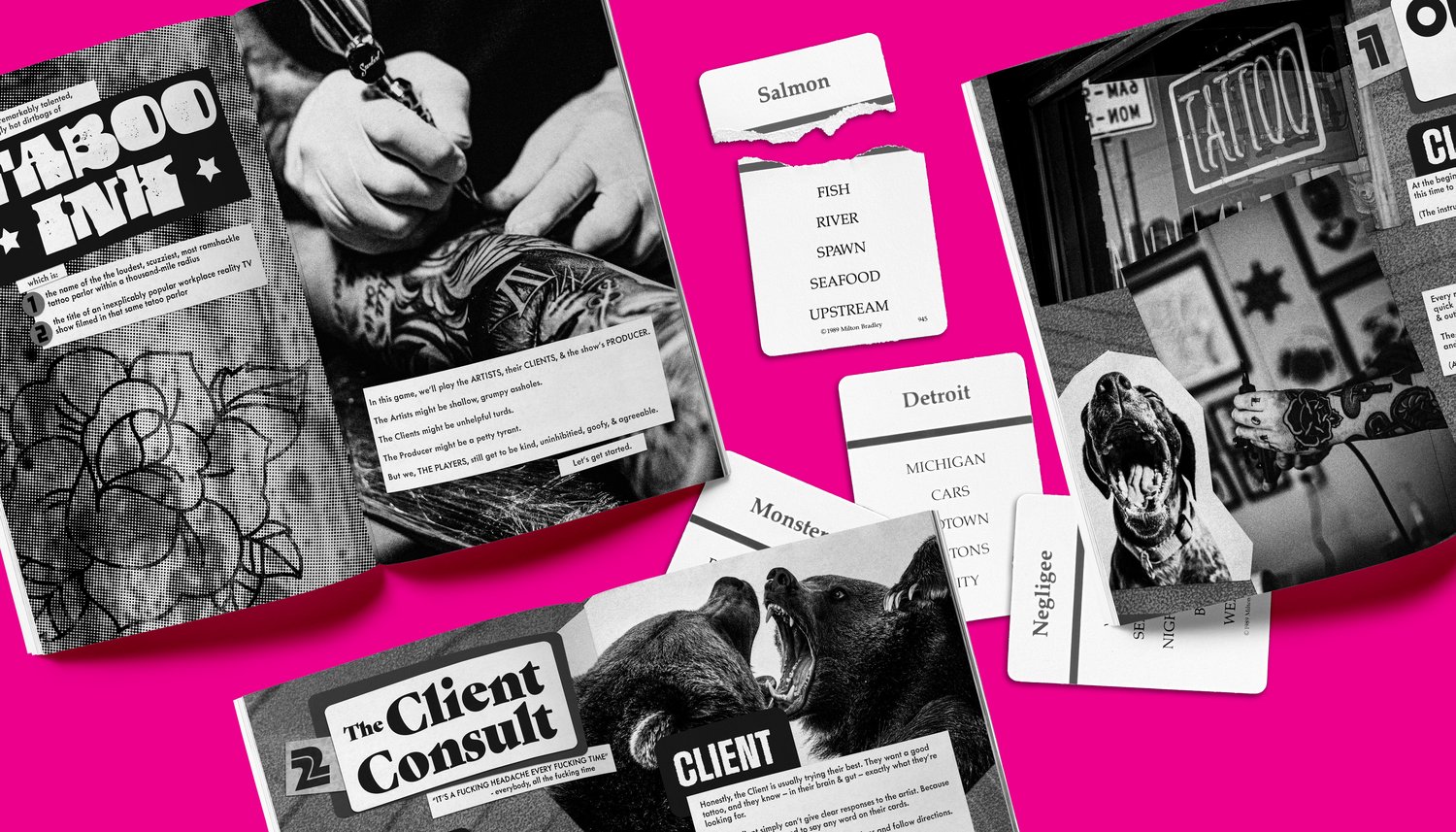 TATTOO is a roleplaying game about tattoo artists, their clients, and the reality TV show that puts them in the spotlight. It's lightweight, GM-less, and can be played without any prep or study.

And it's a hack of Taboo, the classic guessing game. (Taboo. Tattoo. You get it.)

As the Artists, they'll be the stars of the show. Players will flex their design muscles, craft killer tattoos for their clients, and compete for success and prestige.

As the Clients, they'll be the tattoo parlor's celebrity guests, trying -- and frequently failing -- to communicate their artistic visions to a team of artists.

As the Producers, players will keep the show moving, acting as host, judge, and DJ. (Instead of a traditional timer, TATTOO employs a playlist of 36 killer punk & hop-hop tracks to keep the energy high and the drawing time limited.)

A copy of the game book & the player sheets​
A deck of Taboo cards
Some drawing materials
A big pile of little tokens: pennies, pebbles, buttons, etc.
A few six-sided dice
Some speakers -- the louder the better -- and access to the game's soundtrack (available on Spotify​ & Apple Music​)

The game book is 36 pages and approximately 3600 words long.